Mrs. Laila is the former CEO of Health Policy and Strategy sector at Dubai Health Authority (DHA). She was responsible for the development of the policy and legislation for the health system in the Emirate of Dubai driven from Dubai Strategic Plan (DSP) 2015. She oversaw the implementation of the DHA Health strategy and conducted sector planning and forecasting. She has extensive knowledge of the healthcare systems, Health reforms, strategic direction, planning and delivery of healthcare services. She was leading the process of the Dubai health reform that took place in 2007.

Mrs. Laila has lead the Dubai medical tourism initiative which was started in 2012 to place Dubai in the world health tourism map.Laila is a graduate from the College of Allied Health Science and Nursing in Kuwait University and in 2007 secured her Masters in Executive Healthcare Administration from Zayed University.

She is a graduate of Sheikh Mohammed Bin Rashid leadership program 2003.
She has been awarded certificates of appreciation including the Dubai Government Excellence Award (distinguished employee in 2009) and the Sheikh Rashid Award for Scientific Outstanding (2008). She was also awarded the Feigenbaum Excellence Leadership Award for Women’s leaders in 2011.
Mrs. Laila has become the Executive Committee Member of PAD in December 2018 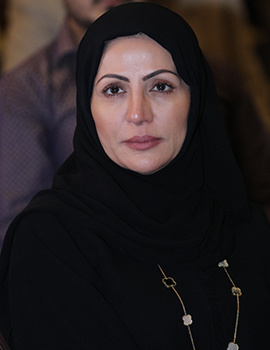